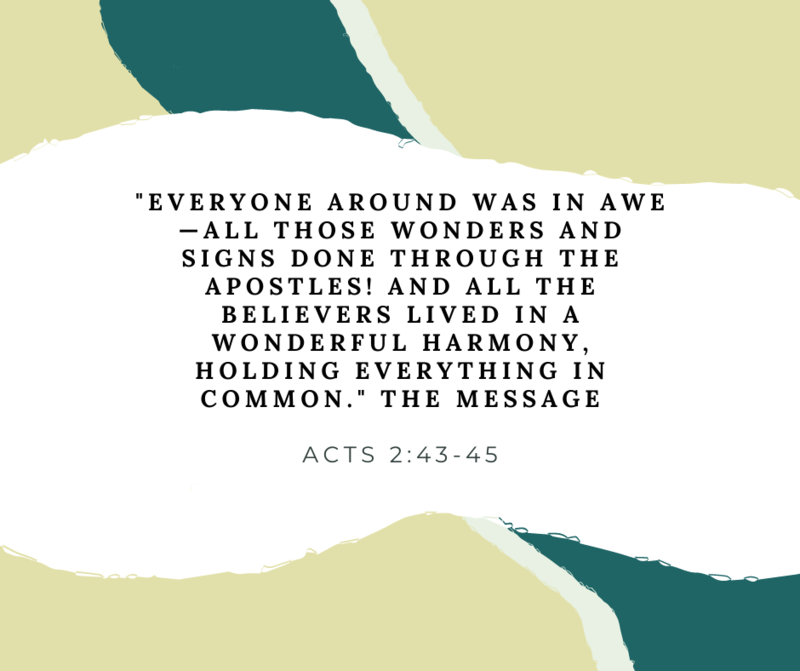 16 and in one body to reconcile both of them to God through the cross, by which he put to death their hostility. 17 He came and preached peace to you who were far away and peace to those who were near. 18 For through him we both have access to the Father by one Spirit.

19 Consequently, you are no longer foreigners and strangers, but fellow citizens with God’s people and also members of his household, 20 built on the foundation of the apostles and prophets, with Christ Jesus himself as the chief cornerstone.

41-42 That day about three thousand took him at his word, were baptized and were signed up. They committed themselves to the teaching of the apostles, the life together, the common meal, and the prayers.

43-45 Everyone around was in awe—all those wonders and signs done through the apostles! And all the believers lived in a wonderful harmony, holding everything in common. They sold whatever they owned and pooled their resources so that each person’s need was met.

46-47 They followed a daily discipline of worship in the Temple followed by meals at home, every meal a celebration, exuberant and joyful, as they praised God. People in general liked what they saw. Every day their number grew as God added those who were saved.